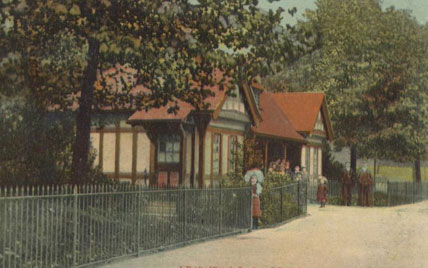 This year marks the 150th anniversary of the opening of Southwark Park to the public on 19th June 1869. Pat Kingwell looks back at some events in Januarys and Februarys past, which shaped the park we have today.

January 1857 the Metropolitan Board of Works decided to develop a park for the whole of South East London. Two rival sites in Bermondsey and Rotherhithe were proposed, and after long delays, a portion of each was eventually adopted to form the present Southwark Park.

January 1868 the layout of the park by Superintending Architect, George Vulliamy, was approved. The plans included the sale of land on most of the boundaries for private housing, which was strongly opposed by local people.

February 1868 the Board of Works approved Alexander McKenzie as landscape gardener to prepare specifications and superintend the works for a sum of 60 guineas. His first task was to oversee the plans prepared by George Vulliamy. He concluded ‘As a whole I consider the plan very satisfactory and only suggest a few minor alterations in detail, which in no way materially alters the design in principle, but will when carried out in all cases give breadth to the landscape and harmony to the design.’

January 1870 it was agreed to form a nursery at the rear of Gomm Road, which operated until the 1980s.

January 1872 the contentious policy of building houses in the park was reversed following a campaign by the Southwark Park Protection Committee.

January 1880 John Locke M.P. died. Locke, a barrister, represented Southwark from 1857 until 1880. He was an active member of the House of Commons, where he often advocated measures to ameliorate the condition of the working classes. He was a great advocate for open spaces, and helped to prevent a large portion of Southwark Park being used for building purposes instead of for the recreation of the people. He also took a very active part in the preservation of Epping Forest.

January 1881 a deputation of local cricket clubs and supporters complained to the Board about the poor condition of the cricket ground. Such concerns were raised many times in the future, and playing the game in the park was often a challenge.

February 1882 Rotherhithe Vestry proposed a new entrance on the south-eastern side of the park. The Board at first declined to accede to the request, but in 1884 approved a simple wicket-gate at Dilston Road.

January 1884, after several court appearances, campaigners, led by local lighterman Richard Fairbairn, won the right to hold public meetings in the park. A site was set aside on land between the Hawkstone and China Hall entrances.

10 February 1884 the first public meeting held in the park under the new regulations of the Board was on the subject of Municipal Reform. In addition to Fairbairn, other speakers included trade unionists Henry T. Hill and Joseph Falvey of the South Side Labour Protection League.

February 1887 the Board agreed to break up certain wide paths on the margins of the park to increase grassed areas for games.

February 1888 the Board approved the building of a chrysanthemum house, at a cost of £359. The park subsequently attracted big attendances for the annual public display of the flowers.

January 1890 the London County Council (LCC) gave the first official approval of football in the park, but only for boys under 14 years of age. Not until 1890 were pitches provided for adults.

February 1892 the LCC approved £100 on the provision of a workers bothy. Prior to that the men had to eat meals in the seed room.

February 1893 the LCC approved the first sports building in the park – a cricketer’s shelter at a cost of £460.

February 1896 theLCC agreed to keep open the central carriageway through the park until midnight all year round for the convenience of residents. The benefits on the east side included easier access to Surrey Commercial Docks, the Rotherhithe Library, St Winifred’s Institute, St Olave’s infirmary and the Town Hall; and on the west side to the large manufactories, the market and Spa Road station. It also allowed the Gomm Road fire brigade to proceed without unlocking gates.

February 1901 the LCC approved a new entrance in Moreton Terrace – four feet in width, at a cost of £60.

February 1911 a large petition was presented to the LCC by Southwark Park Improvement Committee calling for a properly constructed and laid out bowling green. Ada Salter was one of the signatories. At the time local players were using a temporary, unenclosed patch of grass. Two years later a better green was provided.

February 1920 anaircraft crashed into the lake.

January 1922 a paddling pool was added to the lake.

January 1922 following suggestions to rename it either Bermondsey or Rotherhithe, it was agreed to retain the name Southwark Park.

February 1929 mixed bathing in the lido was approved on Sundays or early closing day, with an admission charge of 6d.

20 February 1944 a high explosive bomb fell by the Anti-Aircraft Battery near Hawkstone Gates, killing one person and injuring 9 others.

January 1958 it was agreed to fill in the war-damaged boating lake and grass over and remove the paddling pond. A four-year tree thinning programme commenced, resulting in the removal of 100 plane trees.

February 1984 renovation work commenced on the vandalised Ada Salter Garden, including renewal of broken pathways and ornamental balustrade and replacement of the garden gates.

February 1996 in response to serious concerns about the poor and dangerous state of the park, a public meeting was held at the Rotherhithe Civic Centre, chaired by Cllr. Anne Worsley. From this meeting developed The Friends of Southwark Park, whose founder members included Grace Beesley, Gary Glover, Marjorie Hill and Gary Magold.

We hope you enjoyed this little trip down memory lane. Next month – March.

One Reply to “Januarys, Februarys and Southwark Park﻿”